A head strong, fearless, and intelligent orphan child, who is at risk of becoming either a “mini-dictator” or abandoned by the orphanage because he is too much trouble to handle. Lucien’s blatant gift means he stays aside from the noise and banter of orphanage life, trying to stay out of the way. He is also frequently absent from roll calls and curfews.

Since he has started to mature, his gift and angry personality has begun to get stronger and stronger. Most recently this has expressed as physical manifestations of smoldering and heat, especially when angered or cornered. Lucien is afraid of this new change and knows too well what happens to “different” children, as a troubled girl “ran away or disappeared” a few years ago even though she left her meager possessions in her bed. This may make Lucien even more resistant to change, and is certainly affecting his relationships within the orphanage.

Lucien is a smart child who’s natural intellect has lead to some bad habits forming. Raised as an orphan with parents unknown to him, his development has been ad-hoc and at the mercy of the sometimes brutal orphanage where he lives. I see the character as somebody who rejects authoritarian rules where the “why” cannot be explained, and this has led to him being labeled a troublemaker.

He tends to drive the actions of others through observation and advice. While not yet physically strong he is smart enough to attach himself to a figurehead type and push his agenda through that person. A large bull headed boy named Tomas, and a bossy girl named Eloise are his current associates. If not found by a Magus he would be a skilled advisor in later life, IF he can be found by the right people and learn to control his nature.

Lucien’s magical bloodline is believed descended from a Flambeau of great renown (could it be even Reculed himself?) but also unacknowledged in the hotly debated House Flambeau apocrypha. If discovered his bloodline will create further disorder and volatility in the House due to it’s inherent power, and Lucien being a forgotten bastard child. I plan for Lucien to start to investigate his bloodline as a story. At some age he will want to know, as he will not be willing to just hope that it was Flambeau.

Along with the recent expressions of fire and smoke Lucien has also seen physical manifestations of power in his own skin. His skin is now mottled or discolored in places. Over time this may make the otherwise indistinct child look more monstrous (will rationalise a low Pres score as the mythic blood physically manifests).

Lucien’ childhood appearance is boringly ordinary. Described by one of the brothers at the Abbaye d’Auberive (Auberive Abbey) as “A very unassuming countenance with a disruptive intellect. Of course we punish him, the brats raided the larder again!”

Potential story seed – a rumor of a child who survived a barn fire where many animals and the building itself was totally engulfed.

Recently the carers at the Abbey have found a way to entice Lucien to be compliant, which is to offer him additional study. What began as a punishment for a particularly clever prank against a groundsman, exposed a keen interest in learning and books. He has learnt to write in his native French and now keenly is looking to Latin. His inventiveness is also finding a use with illumination and sketching of texts much to the delight of the abbey’s librarians. The librarians are frustrated with Lucien’s inability to clearly communicate how he thinks his idea up, but are pleased with the results.

Lucien is aware that his interest in study places him socially separated from his peers, and is using that separation to his advantage by frequently assisting those less talented – especially if those other children can be lead toward his goals.

Once a slightly quirky looking but ordinary sandy haired child, now Lucien’s skin is beginning to physically reflects his mythic bloodline. The areas of mottled, scarred, or reddened skin slowly move and shift week by week, meaning that his physical appearance subtly changes as the rorschach inkblots creep on his skin. Not fast enough to see moment by moment, but very different dawn to dusk.

When he is able to escape formal rules he is often seen with a mutt dog at his heel. His clothes are almost always disheveled and grubby, although he does carry a cloak and extra odd clothing in case he or a friend needs them. 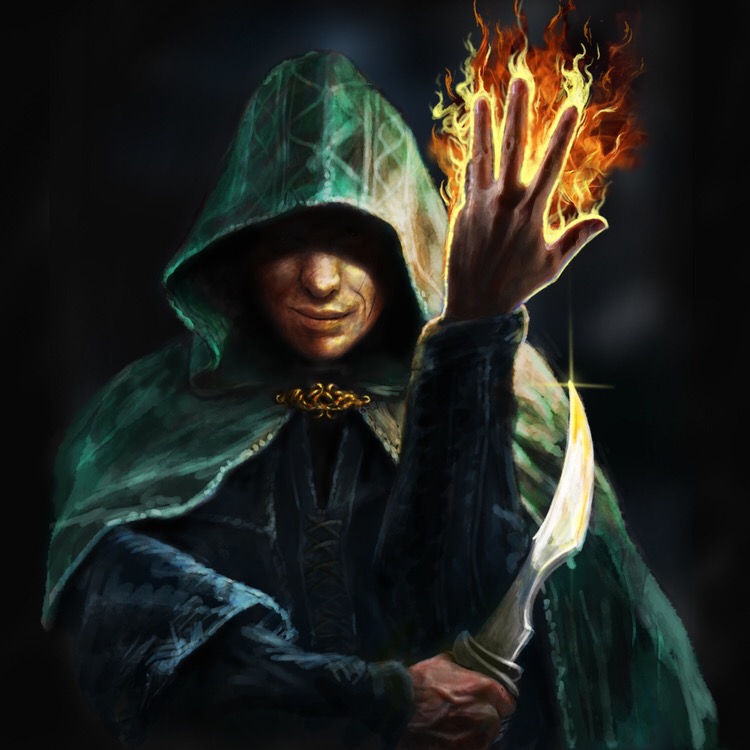 Details of the minor mythic power. Chosen because I wanted something with an epic feel for a Flambeau character that would be indisputably niche for the House but also not an overt destructive power.