After writing the Ars Magica spells about Frozen, there are a plenty more movie based spell effects to ponder. I started writing this post with Pinocchio in mind, but an actual tree would also be a suitable target, as it’s branches could conceivably act as hands of a sort (as demonstrated in one of the of the Ars sourcebooks on a massive tree).

Pinocchio’s animation spell needs to be more advanced than a simple Rego Herbam effect. I wrote up a spell called The Subservient Lumber to animate wooden objects without too much intelligence, however a sentient object needs a mind.

We can see from the Rego Corpus/Mentem spells that adding Mentem can do just that, granting autonomy to the object’s movements and quasi-intelligence. Likewise the vehicles in the movie Cars have a mind and purpose all of their own.

So to mimic the basics of Pinocchio, Cars, and all those other films where an animated object gains sentience, here is a variation on The Subservient Lumber to allow that.

The spell grants animation and sentience to an item made of wood. Items can move as directed and follow the caster’s complex commands.

Different items can move with various degrees of mobility directly related to how they might utilise their physical form. Chairs can walk well, cupboards less so, and statues with sufficient detail can often move identically to a person.

The spell can be cast on any wooden item up to 10 cubic paces in volume, which allows for animation of large objects (such as wagons or boats) or massive trees. Casting requisites are required for compound items.

Changing that animated wooden doll into a real boy permanently isn’t a spell which Ars Magica has in the hermetic guidelines at all, and would take a significant fundamental breakthrough – it would be creating life.

A faerie glamour is probably better suited to this effect, as it could be written up using the Duration: Until, which might grant a much longer duration. However getting past that duration into true animation needs an enchanted object (probably similar to the Corpus example for animating a Corpse in Hermetic Projects), a warped object which gains awareness, or a magical object (using the rules in Realms of Power: Magic).

This effect, like all the others I’ve pondered over the past few years are part of the free new spells compendium for Ars Magica. 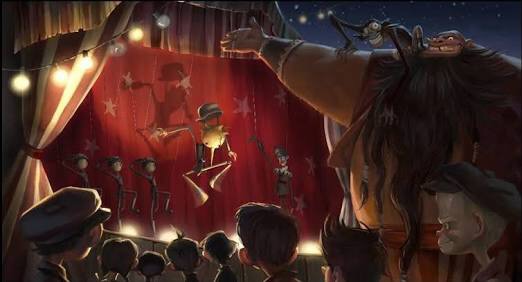